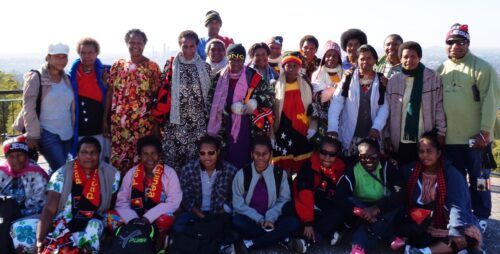 We have seen the morality of humanity and the value of life have been degrading due to the changes caused by human activity.

The change in science and technology caught people by surprise.

The internet is filled with junkies created by human with make believe earthly wisdom to destroy humanity. Most people have been led to think that their lives are here and now and there is no afterlife.

They think afterlife is a make believe.

They want to enjoy with pleasure with their 70 or 80 years on earth by thinking that they will die and be gone.

They don’t want to talk about the afterlife stories and how and where to spend the eternity of the souls.

I have met and was confronted by someone who does not believe the eternity of the souls.

One of my first missionary assignment, I was asked to share gospel tracts at the City Square in Perth, Western Australia. I had spent almost half of the day sharing and distributing the tracts to the by passers.

The problem I observed that day was, no one had wanted to hear about the Gospel Truth.

There were a handful of old folks who passed by and took some tracts that I was distributing and scrambled them right in front of me and threw them in the trash. I tried not to give up and I continued.

After sometime, a dying old man was approaching me. I thought that could be his last opportunity to learn about Jesus Christ and the salvation of his soul.

I walked toward his way met him. As I was about to deliver the tracts, he stomped and looked piercingly straight into my eyes and with his raging voice, he thundered all the bad words he had learned from his childhood days to my face.

My heart crushed to pieces and I shed tears for his life that day. He was the last person I wanted to meet and to share about Jesus that day.

Something that we Christians do not have fuller knowledge about, is that, these people thought Christianity was a weak religion with hypocritical followers. And in many cases, they were absolutely right.

The spiritual climate that we are fighting is full of hypocritical and complacent Christians, which frustrates many Christians who fought to change and got worn out.

The battles are real. The devil is real. Struggle not against the flesh and blood, but of powers, principalities and dark forces are so real.

It requires corporate plans, a corporate move in this battle. Stop promoting complacent, lurk-warm church and a lurk-warm Christian.

The Lord endowed you with enough grace to fight the good fights and become victorious daily.

God bless you and keep you dearly.

SUPPORT NANCY TO RECOVER FROM STROKE