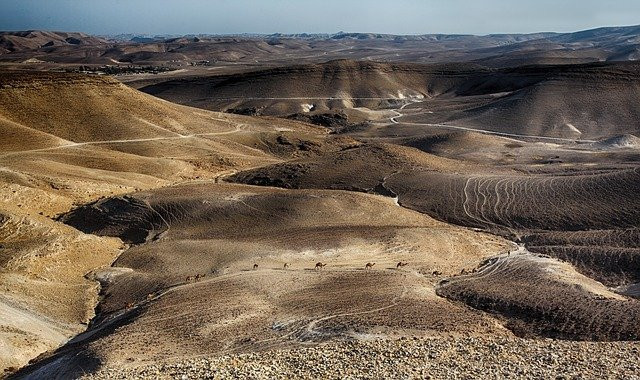 19 Then, as the Lord our God commanded us, we set out from Horeb and went toward the hill country of the Amorites through all that vast and dreadful wilderness that you have seen, and so we reached Kadesh Barnea.

20 Then I said to you, “You have reached the hill country of the Amorites, which the Lord our God is giving us. 21 See, the Lord your God has given you the land. Go up and take possession of it as the Lord, the God of your ancestors, told you. Do not be afraid; do not be discouraged.”

22 Then all of you came to me and said, “Let us send men ahead to spy out the land for us and bring back a report about the route we are to take and the towns we will come to.”

23 The idea seemed good to me; so I selected twelve of you, one man from each tribe. 24 They left and went up into the hill country, and came to the Valley of Eshkol and explored it.

25 Taking with them some of the fruit of the land, they brought it down to us and reported, “It is a good land that the Lord our God is giving us.”

Rebellion Against the Lord

26 But you were unwilling to go up; you rebelled against the command of the Lord your God. 27 You grumbled in your tents and said, “The Lord hates us; so he brought us out of Egypt to deliver us into the hands of the Amorites to destroy us.

28 Where can we go? Our brothers have made our hearts melt in fear. They say, ‘The people are stronger and taller than we are; the cities are large, with walls up to the sky. We even saw the Anakites there.’”

29 Then I said to you, “Do not be terrified; do not be afraid of them. 30 The Lord your God, who is going before you, will fight for you, as he did for you in Egypt, before your very eyes,

31 and in the wilderness. There you saw how the Lord your God carried you, as a father carries his son, all the way you went until you reached this place.”

32 In spite of this, you did not trust in the Lord your God, 33 who went ahead of you on your journey, in fire by night and in a cloud by day, to search out places for you to camp and to show you the way you should go.

34 When the Lord heard what you said, he was angry and solemnly swore: 35 “No one from this evil generation shall see the good land I swore to give your ancestors,

36 except Caleb son of Jephunneh. He will see it, and I will give him and his descendants the land he set his feet on, because he followed the Lord wholeheartedly.”

37 Because of you the Lord became angry with me also and said, “You shall not enter it, either. 38 But your assistant, Joshua son of Nun, will enter it. Encourage him, because he will lead Israel to inherit it.

39 And the little ones that you said would be taken captive, your children who do not yet know good from bad—they will enter the land. I will give it to them and they will take possession of it.

40 But as for you, turn around and set out toward the desert along the route to the Red Sea.”

41 Then you replied, “We have sinned against the Lord. We will go up and fight, as the Lord our God commanded us.” So every one of you put on his weapons, thinking it easy to go up into the hill country.

42 But the Lord said to me, “Tell them, ‘Do not go up and fight, because I will not be with you. You will be defeated by your enemies.’”

43 So I told you, but you would not listen. You rebelled against the Lord’s command and in your arrogance you marched up into the hill country.

44 The Amorites who lived in those hills came out against you; they chased you like a swarm of bees and beat you down from Seir all the way to Hormah.

45 You came back and wept before the Lord, but he paid no attention to your weeping and turned a deaf ear to you. 46 And so you stayed in Kadesh many days—all the time you spent there.

The High Cost of Wavering Faith

God has called believers to walk by faith, trusting Him and His Word in every situation. But sometimes, like the people in today’s passage, we start to doubt the Lord and His ability to do what He has said. So let’s learn from the Israelites who suffered 40 years of wandering in the wilderness because of their unbelief. They …

• Listened to the wrong voices. Instead of trusting God, they believed the bad report of some of the spies (Num. 13:25-33). To walk obediently with the Lord, we need to guard against the influence of those who don’t recognize His greatness.

• Relied on human perspective. The Israelites focused on the obstacles rather than the power of God. When we choose to trust the Lord despite the seeming impossibilities, we’ll discover He is bigger than any obstacle.

• Let feelings overcome faith. Emotions constantly fluctuate, but the facts about God never change. So instead of making decisions out of fear, let’s rely on what we know about the Lord.

Unbelief often results in aimless wandering and decisions we come to regret. But when we courageously trust God and His Word, we will find fulfillment in His purpose. 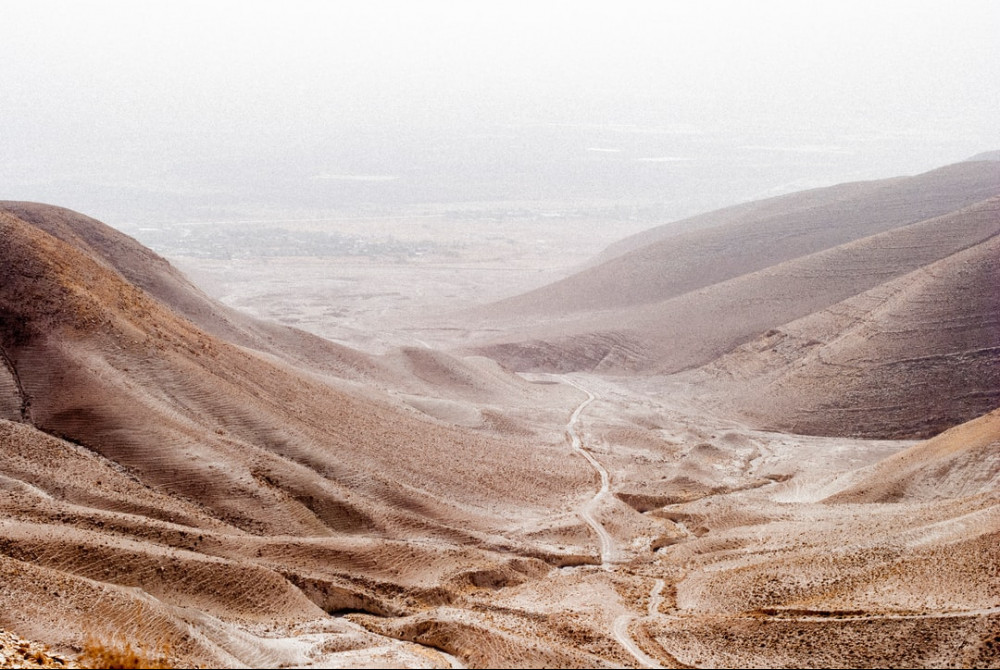 SUPPORT NANCY TO RECOVER FROM STROKE